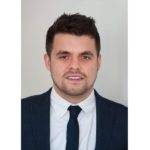 Sam is one of the founding board members of the Male Survivors Partnership.

A survivor himself, Sam has engaged with media worldwide to share his story in a bid to encourage other men to break their silence and seek support. He has focused on challenging some of the myths surrounding male rape using his own experience to channel more progressive and forward-thinking conversations.

He has been an advisor and facilitator to a number of panels and projects in the UK, including Coronation Street on the David Platt story line, which featured elements of his own story. Sam also participated in BAFTA-nominated documentary “Raped: My Story”, and in 2017 he became an Ambassador for Survivors Manchester. Sam also contributed to and featured in the Victim Strategy which launched in 2018 and the Government’s ‘Position Statement’ on male victims of crimes considered ‘Violence Against Women and Girls’ that was released in 2019.