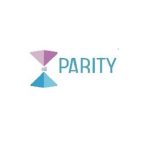 PARITY was first formed in 1986 as the Campaign for Equal State Pension Ages, a wholly voluntary organisation concerned with the equal rights of men and women.  It gained charitable status in January 2005.

Through litigation in the courts applying European Union or European Convention law binding (by statute or treaty) in the UK, PARITY has instigated cases resulting in:

The aims of PARITY are namely:

– to promote and protect the equal rights of men and women to the enjoyment of all civil, political, economic social and cultural rights under the law;

– to institute proceedings in the UK or appropriate European Courts for the purpose of establishing or protecting any such equal rights.