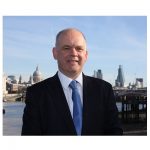 Roger Evans served as the Deputy Mayor of London, working closely with Conservative Mayor Boris Johnson until his retirement in May 2016. During his tenure Roger was responsible for building links to business, hosting major events in Trafalgar Square and deputising for the Mayor at key events.

He chaired the London Assembly, London’s tier of regional government, as well as serving on the police, transport and budget committees.

First elected in 2000, Roger led detailed reviews of on line crime, technology in policing, flood risk and industrial relations on the transport network. He was also a member of London’s fire and police authorities. Prior to 2000, he served for ten years as a Councillor at the London Borough of Waltham Forest.

Roger is a member of the Middle Temple, having been called to The Bar in November 1997. He now provides communication coaching for candidates, politicians and senior managers and he is a sought after presenter at conferences and other events.