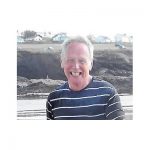 Neil Lyndon (b. 1946) has been writing on men’s and boy’s social and political issues for more than 25 years. In The Independent in 1989, he was the first journalist to draw attention to the alarming suicide rate among men. Likewise, in The Sunday Times in 1991, he was the first to identify prostate cancer as a neglected killer of men. Lyndon’s seminal 1992 book “No More Sex War” (now republished in the anthology “Sexual Impolitics”) was the first to identify systemic disadvantages and inequalities for boys in education and for men in family law and life which were universally overlooked. “No More Sex War” also synthesised the world’s first radical, progressive critique of modern feminism from an egalitarian, non-sexist point of view.