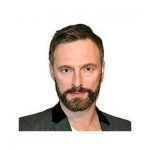 Martin Daubney is an award-wining editor, journalist and broadcaster. He was the longest-serving editor of Loaded magazine until fatherhood dragged him into the real world. He now educates teenagers on the potential dangers of online pornography and its role in sexual consent. Martin was elected as a Brexit Party Member of the European Parliament in the 2019 European parliamentary election. Martin is a co-founder and Trustee of the Men and Boys Coalition.