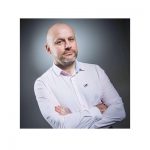 Graham Goulden is a retired Police Officer.  Throughout his thirty years as a Scottish police officer he was all too aware of the challenges faced by boys and men alike.  In his last years he worked with the Scottish Violence Reduction Unit (VRU) supporting the work to reduce levels of violence in Scotland.

During his time within the VRU he was instrumental in developing a ‘bystander approach’ to prevention which is now being scaled up across Scottish High Schools.  Graham believes that the majority of our boys and men possess and share a range of healthy values.  He doesn’t believe in simply having to educate boys and men.  For him, its more about inviting them into a conversation on issues that are important for all boys and men.  It’s about ‘making the invisible, visible’.

Graham is a passionate advocate for boys and men.  His experience has identified a number of challenges that all boys and men face in their lives.  Despite these challenges he works to help them be the best sons, friends and fathers they can be.  Graham has worked in schools, universities, work-places, in professional and amateur sports and in prisons, across the UK, Sweden and in the United States.

In addition, Graham is a trainer with the Heroic Imagination Project based in San Francisco.  This small non-for-profit organisation founded by US psychologist Dr Phillip Zimbardo has a simple aim, to seed the world with everyday heroes.

In his spare time Graham is a trustee for an Edinburgh based charity which seeks to navigate those with offending backgrounds away from issues of addiction and homelessness.