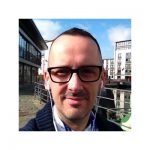 Duncan Craig is Chief Executive Officer and a trauma focused therapist at Survivors Manchester, a survivor-led/survivor-run voluntary organisation that aims to create a safe space for male survivors of rape and sexual abuse. He spent the first 10 years of his working life in the theatre, arts and entertainment, before training to become a qualified counsellor in 2005 and deciding to have a complete career change after volunteering in a busy city centre needle exchange. Duncan qualified from the University of Manchester as an Integrative Counsellor in 2008 and completed an MA in Counselling in 2010. It was during his initial training as a therapist that Duncan began to uncover, raise his awareness and finally disclose the sexual abuse and rape he experienced in his childhood and teens. Unable to find the support he needed was the catalyst to designing a service for males in Greater Manchester. Duncan is a co-founder and Trustee of the Men and Boys Coalition.

“The men and boys coalition is vital in addressing the significant and life threatening issues facing boys and men today. Many issues are deeply complex and cross ‘organisational’ boundaries and no single unit has addressed this before in a way that is reminiscent of some of the fantastic work that the women’s movement has done. Having a pan-issue voice is vital to a dress the neglect of boys and men who attempt to take their own lives, have poor mental health and/or dealing with the trauma of being silent about the sexual abuse they experienced 20 years ago. Some key policies have failed to address significant issues for boys and men and single voices are not being heard; and so the importance of this coalition cannot be stressed enough. This isn’t about claiming space or silencing others, this is about getting up and going everything possible to support boys and men of today and the future to live the most healthiest, safe, and adaptive life possible to reach their potential.”