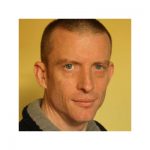 Ally Fogg is a writer and journalist who has written extensively on men and boys’ issues for the Guardian and many other national and international media outlets. His work has always closely involved social and political activism, with many years in the not-for-profit and charitable sectors, including periods as staff writer for Big Issue in the North and developing community media in disadvantaged inner city areas. He lives in Manchester with two sons, two dogs, two cats and two guitars. Ally is a co-founder and Trustee of the Men and Boys Coalition.